This past week I received some sad news. It wasn’t anywhere on the scale of the earthquakes in Nepal, or being holed up in Guantanamo Bay for 13 years, but it rocked my little world nonetheless.

It came via the email here. It started 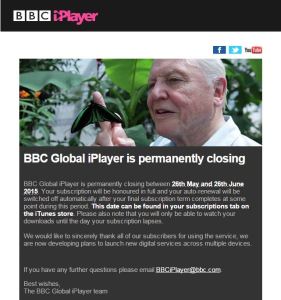 I think my eyes actually welled up when I read it. Anyone who knows me knows that I’m ga-ga over British drama. From my initial foray into Prime Suspect and Dame Helen almost 25 years ago, to the likes of current gems like Broadchurch and Silk, I lap it up. The eccentric characters, the understated acting, the alternately gritty and sumptuous scenery, all against a backdrop of ancient stone and polished wood and dark alleys and Orwellian conspiracy theories.

Storytelling doesn’t get any better. 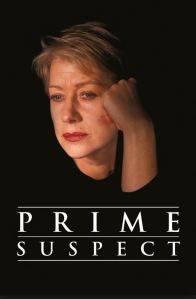 So naturally, when a good friend of mine — a longtime fellow Anglophile — put me on to BBC iPlayer, I was, as the Brits say, chuffed.

If you’re not familiar with it (shame!), BBC iPlayer is a Netflix for all things BBC. New programs appear on a weekly basis (they’re old across the pond but ne’er seen here). A couple of taps on ye olde iPad and I can be whisked away to the south coast of Devon to solve a murder mystery. Or taken on a grand tour of the Belfast shipyards to retrace the last steps of passengers on the Titanic. Or horse-and-carriaged into the Carpathian Mountains to the lair of (BBC’s delectable 1977 version of) Count Dracula. 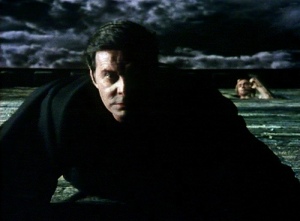 Alas, no more. I received the email that the service was shutting down — period. Possibly within two weeks. When I emailed Aunty to find out exactly why, I received a response (the next day, I’ll grant that) telling me that iPlayer is not “commercially viable”. How exactly that could be with each subscriber (and there are a lot of us, judging by the Facebook page) paying in the neighbourhood of $6.99 a month (Cdn), I can’t figure out.

Now as the end of the email suggests, there are apparently going to be other platforms developed for other (presumably non-Apple) devices.

Fair enough. But why on earth wouldn’t Aunty wait ’til those platforms are built and then switch subscribers over to them, rather than just drop us all like a lot of overdone, room-temperature potatoes?

It seems to me to be the antithesis of good customer service. The result being that though I’ve always been a massive fan of the Beeb, I now feel quite betrayed. 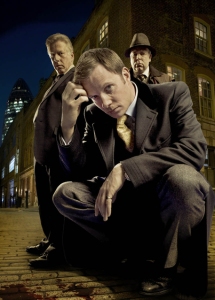 For the past few nights, I’ve been madly ploughing through my ‘to-watch’ list, knowing that at any moment, it could all fade to black, like the east end of London under threat of the Luftwaffe. At the moment I’m almost finished the first series of Whitechapel, about a modern-day Jack the Ripper; next, I’m hoping to tackle Waking the Dead, a forensic crime-thriller about cold cases. 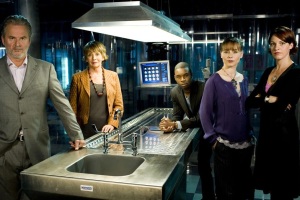 The shutdown will be staggered, and will start May 26th, running through to June 26th — the exact date depends on when you’re billed. When am I billed? I daren’t look. For the moment, I will press on, I will watch my dramas, I will find a new platform, I will never surrender.